Which Drugs May Be Dangerous for Heart Health

This post is part of our “Ask an Expert” blog series. In this post, Ken Majkowski, Pharm.D and Chief Pharmacy Officer at FamilyWize, identifies several medications that should be used with care by patients with heart failure. Ken brings more than 40 years of healthcare experience to the FamilyWize team, including 14 years of clinical pharmacy experience in retail, hospital and home care. Read his full bio, here.

In the U.S., more than 1 in 3 adults have cardiovascular diseases. On average, heart failure patients take 6.8 prescription medications per day, resulting in 10.1 doses a day. This estimate does not include over-the-counter medications or alternative treatments.
It is important to note, however, that not all medications are safe for those with cardiovascular diseases. Some commonly used drugs have specifically been identified as potentially dangerous for those with an existing heart condition.
Anesthesia Medications
We know that most anesthetics interfere with cardiovascular performance. While generally very safe for the average person, anesthesia for surgical procedures can be dangerous for patients with heart failure. A recent study observed a 63 percent increased risk of operative mortality and a 51 percent greater risk of being readmitted to the hospital among patients with heart failure compared with patients without heart failure or coronary artery disease. It is critical for all patients to have a comprehensive discussion about their health with their anesthesiologist before going under anesthesia, no matter how routine the procedure.
Pain Medications
Nonsteroidal anti-inflammatory medications (NSAIDs), such as ibuprofen (Motrin, Advil), naproxen (Aleve, Naproxen), and cyclogenase-2 inhibitors (celecoxib, Celebrex) are used very widely in the United States and generally considered to be very safe. Unfortunately, they are less safe for people who already have cardiovascular disease.
NSAIDs can cause the body to retain sodium. Excess sodium causes the body to retain more fluid and forces your heart to work harder. This can be a major problem for people with heart failure, making it critical for heart patients to speak with a doctor before taking NSAIDs for any length of time. Additionally, chronic or heavy use of NSAIDs can also cause chronic kidney disease, another reason to monitor their use.
Diabetes Medications
There are a handful of medications for the treatment of diabetes that should either be avoided or carefully monitored by anyone with concern for their heart health. Specifically, Avandia (rosiglitazone) and Actos (pioglitazone) have both been identified by the Food and Drug Administration (FDA) as potentially increasing the risk of heart failure, and their use is limited to people whose diabetes is not well controlled by other medications. Both drugs can cause fluid retention, similar to NSAIDs, which causes stress on the heart.
If you have a cardiovascular disease, please be sure to discuss each and every medication you use with your doctor, including over-the-counter medications or alternative medications. These conversations are important and can help to keep you safe.
Sources:
·       American Heart Association: Drugs that May Cause or Exacerbate Heart Failure
·       American Heart Association: 2017 Heart Disease and Stroke Statistics Update
BACK NEXT ARTICLE
Recommended for You

Ask an Expert Does It Matter When I Take My Medication

FamilyWize Helps 10 Million Save a Billion 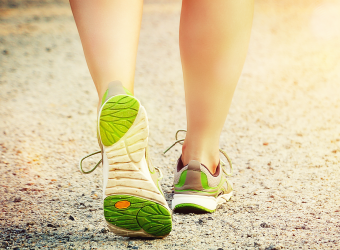 5 Everyday Habits to Improve Your Health