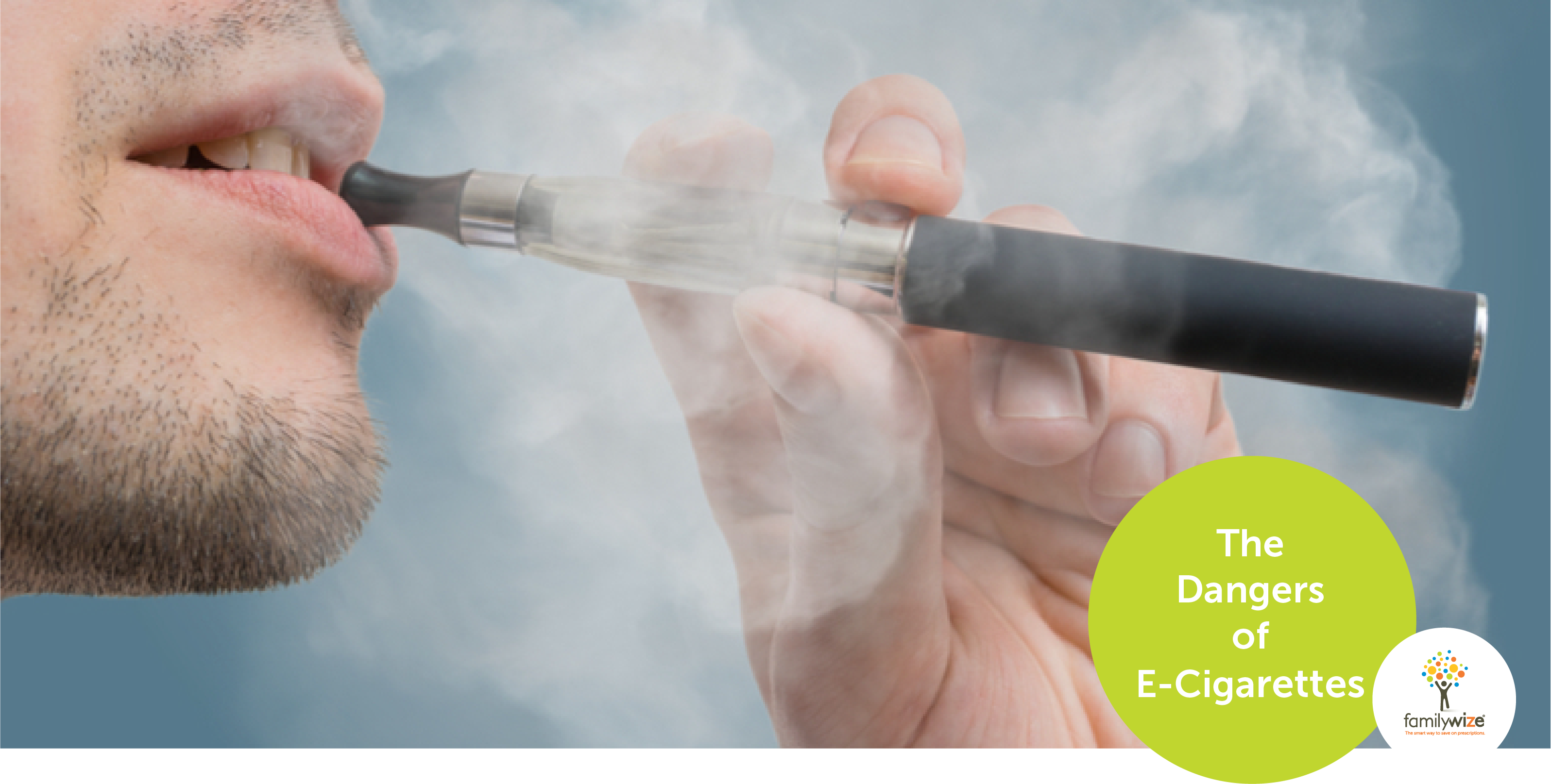 The Dangers of E-cigarettes

The Dangers of E-cigarettes

Smoking is bad for you. You would be hard-pressed to find a person of any age who didn’t know this fact. People still smoke—but anyone who lights up does so knowing the risks they are taking. The same can’t always be said for e-cigarettes. A relatively new trend, e-cigarettes are often thought to be harmless, or at least a better alternative to cigarettes. But are they?

E-cigarettes work by using a power source (usually a battery) to activate a heating device. The heating device then vaporizes the liquid (e-juice, e-liquid) in the cartridge. This liquid contains various chemicals, often flavorings, and usually nicotine. The user inhales the resulting aerosol or vapor. The whole practice is called vaping.

JUUL is a brand of e-cigarette that contains a high amount of nicotine—one pod can contain as much nicotine as 20 cigarettes. Its use of nicotine salts allows for higher amounts of nicotine to be inhaled more easily.

The biggest demographic of e-cigarette users is youth and young adults. Usage is higher in people 18-25 than in people 25 and over. Alarmingly, prevalence of usage in the past 30 days is roughly the same for middle-schoolers as it is for adults over 25.

Is vaping safer than smoking?

Current research suggests yes—but this is a far cry from concluding that vaping is safe. Burned cigarettes kill half of all people who smoke regularly. At a 50% fatality rate, the bar is set fairly low in terms of criteria for being safer than smoking. While research is still being conducted into how dangerous vaping is, we know that it isn’t safe.

What are the risks of vaping?

Most e-cigarettes contain nicotine—a highly addictive substance. The Surgeon General states that e-cigarette vapors also contain, “ultrafine particles that can be inhaled deep into the lungs; flavoring such diacetyl, a chemical linked to a serious lung disease; volatile organic compounds such as benzene, which is found in car exhaust; and heavy metals, such as nickel, tin, and lead.” “Second-hand” vapors also have the potential for harm if breathed in by people near someone who is vaping.

Recently, hundreds of serious lung illnesses and several deaths prompted the FDA to issue a warning. While many of the products contained THC, others contained nicotine only, and no one compound has been pinpointed as the source for the illnesses. More research is being conducted. The FDA also warned against modifying store-bought products or buying products off the street.

The device itself can also pose a risk. Defective batteries have been known to cause explosions and fires causing injury. This usually occurs when the battery is charging.

Why are adolescents and young adults particularly at risk?

E-cigarettes are a lucrative market, and much of the advertising is aimed at youth. The same curiosity that prompts kids to try smoking applies to vaping, but e-cigarettes also come with kid-friendly flavors, misinformation about safety, and labels that falsely imply the product is nicotine-free. This combination proves attractive to young people.

Adolescents and young adults are also at a higher risk of harm from vaping. The brain doesn’t reach full development until about 25 years of age. Nicotine changes the way synapses are formed. Since people under 25 build synapses faster than adults, nicotine puts young people at a higher risk for long-lasting effects such as nicotine addiction, mood disorders, permanent lowering of impulse control, and harm to the areas of the brain that control attention and learning. The changes in synapse development can even prime their brains for addictions to other drugs.

Some studies have shown an association between vaping and an increased tendency to smoke, with many youths using both products.

Can e-cigarettes help with quitting smoking?

There is limited evidence that e-cigarettes are effective at helping people to quit smoking. E-cigarettes are also not approved by the FDA as an aid for quitting smoking. Nicotine Replacement Therapy and/or smoking cessation medications such as varenicline (Chantix) or Bupropion (Zyban, Wellbutrin, Aplenzin) under the guidance of your healthcare provider are a better option.

While vaping may not appear to be as dangerous as smoking, it is far from safe. Keep yourself and family’s environment smoke and vape-free, and talk to your children about the dangers of all tobacco products—including e-cigarettes.