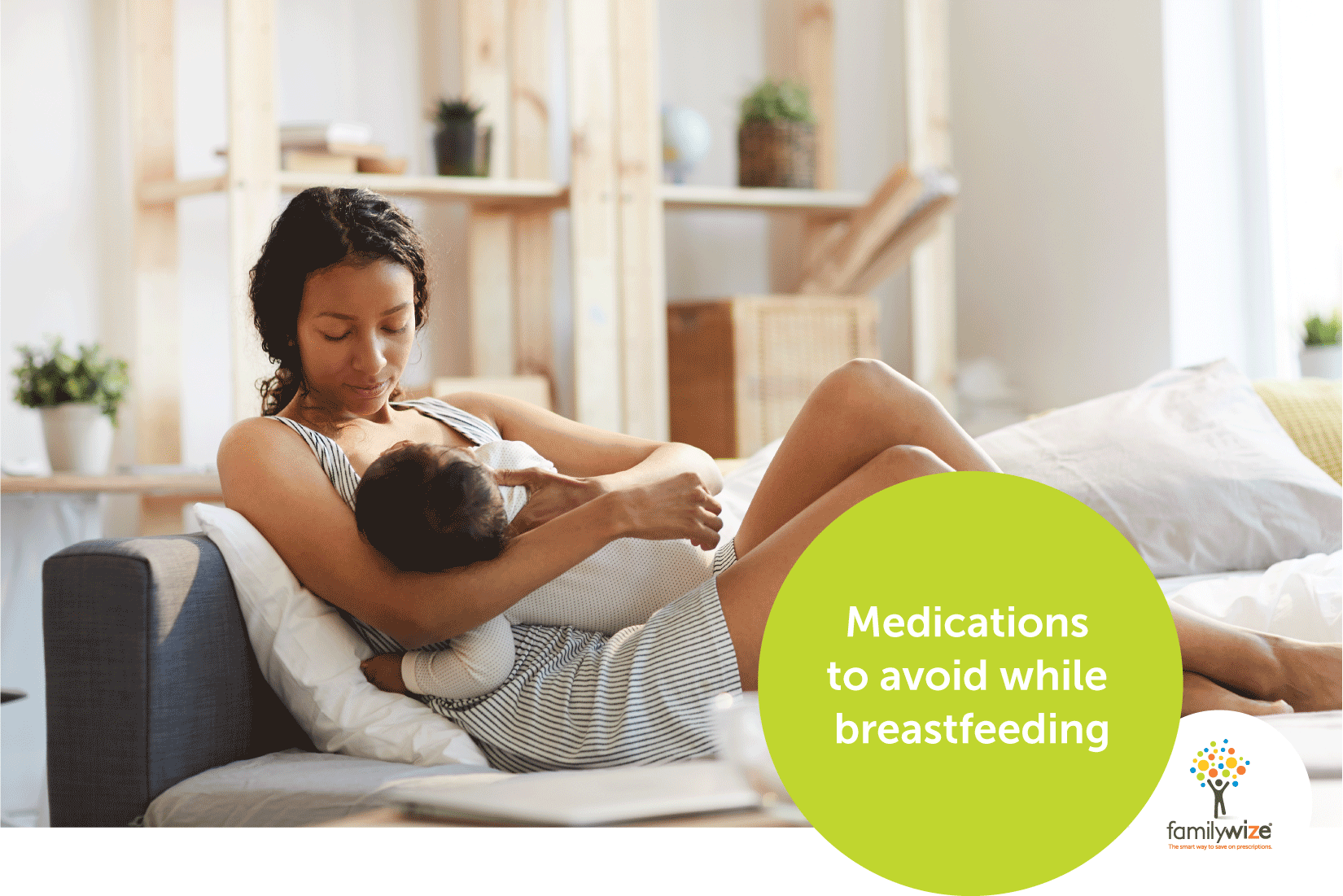 Medications To Avoid While Breastfeeding

When you were pregnant, your doctor probably gave you a list of medications to avoid. But it’s also important to know what to do when you’re breastfeeding.

The American Academy of Pediatricians (AAP) recommends that mothers breastfeed their babies exclusively for the first six months of their lives–and continue to breastfeed for the next six months while gradually introducing solid foods.

If you’re a nursing mother, you may want to think twice before you take medication. Almost any medication that you take will pass into your breast milk to some degree, according to the Mayo Clinic. Fortunately, most are at low levels that don’t pose any real harm to your nursing baby. Your doctor can provide a list of commonly used medications that he or she feels safe for you to take, including drugs like acetaminophen, ibuprofen, and naproxen, as well as most birth control pills.

However, some medications are a definite no. They become concentrated in your breast milk and can pose a significant risk to your infant. The AAP’s list of contraindicated-during-breastfeeding drugs,  includes medications such as:

If you are supposed to be taking one of these meds or anything else that may pose a risk to your baby, talk to your doctor about an alternative, safer drug. Or, in some cases, a medication might be considered safe enough for a short-term course but not long-term use. One such example is the antibiotic tetracycline.

But other medications may have a less obvious answer. Choosing medications in some cases comes down to risk assessment.

“You have to look at the risk to the mother if she does not take a medication versus the risk to the infant if she does take the medication,” explains Andrea Tran, RN, BSN, MA, a lactation consultant with Breastfeeding Confidential. “The safest thing to do is to look at an individual mother’s situation,” Tran says. “What is the condition? What are the available medications? How old is her infant? How much is the baby breastfeeding? There may be one medication that treats her condition that is not safe for her baby, but there could be a safe alternative.”

Your baby’s age is also a factor. The risk seems to be lower for babies over the age of 6 months, whose bodies process medications through their bodies more efficiently, according to the Mayo Clinic.

If you’re curious about specific ingredients and want to know more, you can always consult the National Library of Medicine’s Drugs and Lactation Database, which is known as LactMed. You can search by chemical or ingredient and find out how that drug may affect your breast milk and your nursing infant, as well as get suggestions for alternate drugs to consider.

For example, say your doctor prescribes a course of a particular antibiotic to you while you’re still breastfeeding your child. You could search the database for doxycycline and learn that “there is not likely to be harm in short-term use of doxycycline during lactation because milk levels are low and absorption by the infant is inhibited by the calcium in breast milk.”

Another source for information is the MommyMeds app, which was developed by a team from Texas Tech University Health Science Center’s InfantRisk Center, including Thomas Hale, Ph.D., author of Medication and Mothers’ Milk.

And of course, your doctor is your primary go-to resource. Make sure you tell your child’s pediatrician about any medications, as well as supplements, that you may be taking, just to be on the safe side. And if you’re not sure if something is safe, just ask.