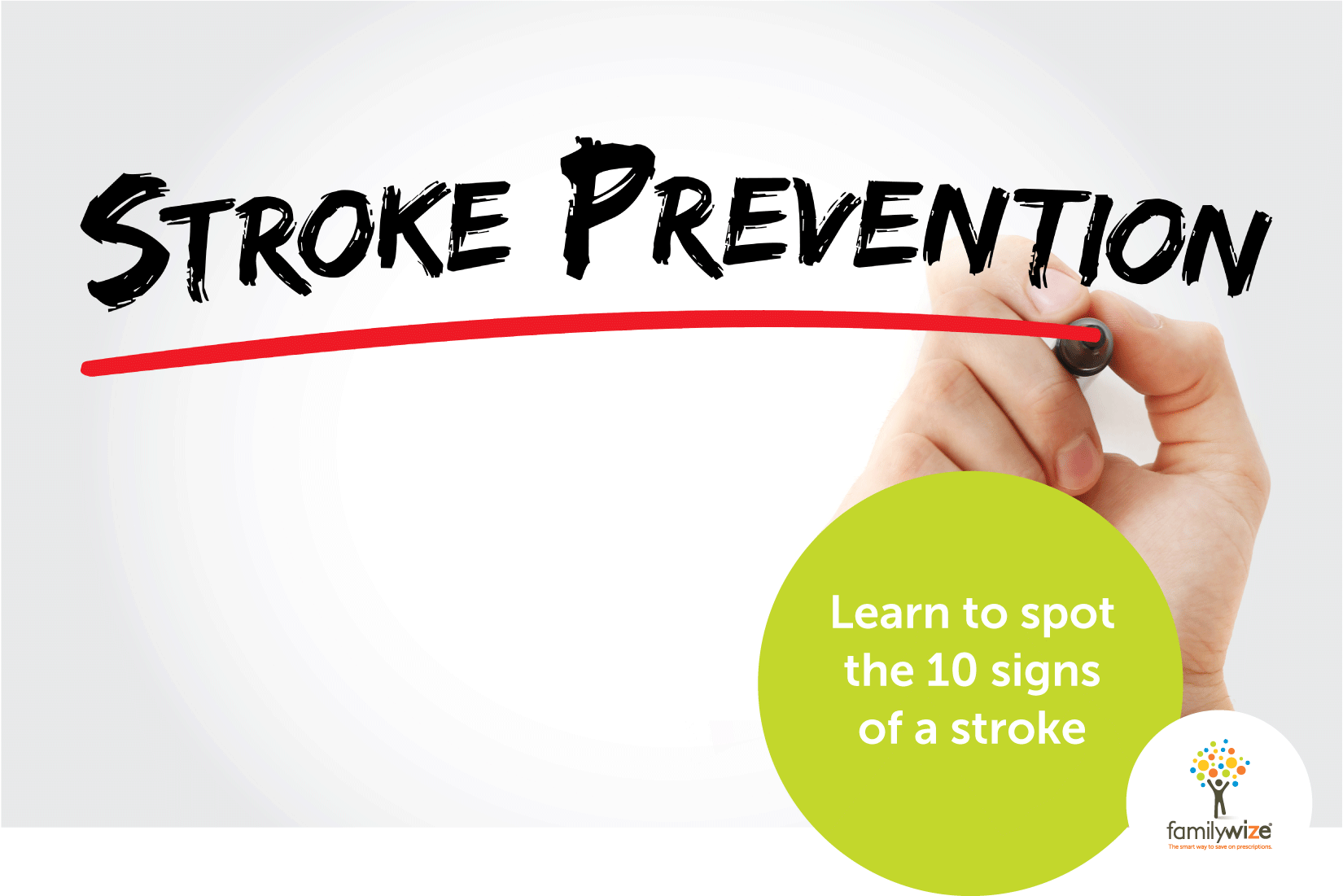 Learn To Spot The 10 Signs Of A Stroke

A stroke is not a condition to take lightly. More than 795,000 people have a stroke each year in the United States, according to the Centers for Disease Control and Prevention (CDC). And every four minutes, someone dies from a stroke.

The most important thing to remember is this: A stroke is a true medical emergency. The most common kind of stroke is an ischemic stroke. When a person has an ischemic stroke, the blood supply to their brain is interrupted, cutting off the flow of oxygen. Their brain cells can begin to die within minutes, which can lead to brain damage or even death. In addition to causing thousands of deaths, stroke is also a leading cause of disability in the U.S., according to the American Stroke Association.

So, you need to act fast if you think someone is having a stroke. In fact, experts coined the acronym FAST to give people an easy way to remember the most obvious signs of stroke so they can quickly take action:

One side of the person’s face may be noticeably drooping. If you ask them to smile, half their smile will sag downward.

A person having a stroke may have definite weakness in one arm. Ask the person if they can raise both of their arms to see if one arm drifts downward.

The person may be slurring their speech or be unable to speak correctly.

Experts sometimes say “time is brain” to emphasize the importance of seeking care immediately if you suspect someone is having a stroke—so they can get the necessary treatment as quickly as possible.

When the emergency medical response team arrives, they can often begin giving treatment right away to help address the stroke.

The first responders can also make sure to head to a hospital that’s a designated primary stroke center, where the person can get a special clot-busting drug called tissue plasmogen activator (tPA). This medication, which is administered through an IV, needs to be given within three hours, according to American Heart Association/American Stroke Association guidelines. By breaking down clots, it can restore blood flow—and the flow of oxygen—to the brain.

Watch for other signs of a stroke

But while facial drooping, arm weakness, and speech difficulty are the “big three” signs of stroke, they’re not the only signs that someone is having a stroke. According to the American Stroke Association, you should also watch for these signs:

So, if you notice these signs, too, go ahead and call for emergency help.

What do you do if the symptoms go away after a few minutes?

Perhaps you’ve noticed that a loved one is showing signs of a stroke. You’ve taken note of the time that the symptoms first appeared, and you’ve called 911. But while you’re waiting on the emergency medical services team to arrive, you notice that the symptoms seem to have improved. What do you do now?

The short answer is don’t cancel the trip to the hospital. Your loved one may be experiencing something called a transient ischemic attack, or TIA.

According to the American Stroke Association, a TIA is a temporary blockage of blood flow to the brain. It’s something to take seriously because it can be a warning sign of something worse to come: a full-fledged stroke.

In fact, the ASA calls them “warning strokes” because TIAs happen before 15% of all strokes. Plus, one-third of people who experience a TIA have a full-blown stroke within one year. About 240,000 people experience TIAs each year.

Talk to your doctor about your risk factors

It’s always a good idea to know your risk factors so you can work on them, while also being extra vigilant for signs of stroke. A family history of strokes is a risk factor that you can’t control, but you can control other factors that increase your risk for having a stroke such as:

And remember: Every minute counts when it comes to stroke. When in doubt, call 911.