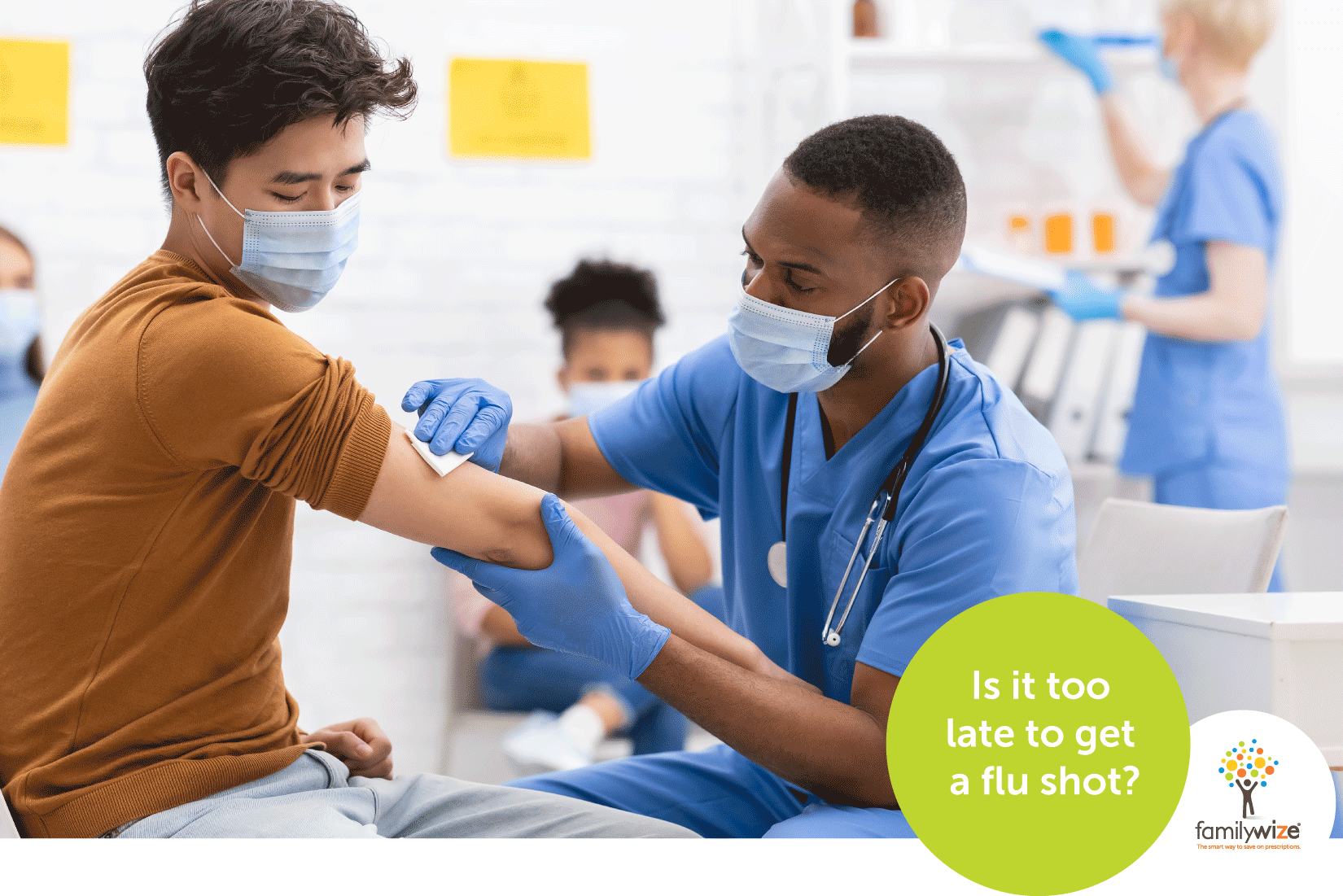 Is it too late to get the flu shot?

Once winter is well under way, you may wonder: Is it still worth getting a flu shot? The simple answer is “yes.”

That’s because while the flu season typically begins in September or October, the peak flu months are from December through February, according to the Centers for Disease Control and Prevention. February is usually the worst month for flu cases, but cases are also high in December, January, and March. And the flu season can last as long as into May (although cases drop off dramatically after March).

It takes about two weeks for your body to produce protective antibodies after getting the shot, but with a good stretch of flu season still ahead, it can still be worthwhile to get the shot even in January or February.

Getting a flu shot is especially important this year with COVID-19 circulating at the same time.

The flu shot doesn’t protect against COVID-19, but it can reduce your chances of having to go to the doctor or be hospitalized from the flu or having the flu weaken your immune system.

Who should get the flu shot and when

Flu season typically begins when the temperature starts to drop in October. That’s why experts recommend that people try and get vaccinated for the flu by the end of October. That gives your body plenty of time to develop antibodies before peak flu season begins. It’s also good to get kids vaccinated as soon as possible because they often need two doses of the vaccine, two weeks apart, and there can be vaccine shortages for kids in the fall. However, just because you miss that ideal fall window, though, doesn’t mean it’s not worth getting the shot in the winter months.

A yearly flu shot is recommended for almost everyone ages 6 months old and older. That includes pregnant women. The flu shot lowers a pregnant woman’s chance of being hospitalized with the flu by 40% and getting the shot during pregnancy even protects a baby from the flu for a few months after birth.

Benefits of the flu shot

The most obvious benefit of the flu shot is of course that it prevents the flu. In the 2019-2020 flu season, for example, the vaccine prevented an estimated 7.5 million cases of the flu, 3.7 million flu-related medical visits and 6,300 deaths.

But even if you still get the flu despite getting the flu shot, there are some big upsides. The vaccine reduces the risk of having to go to the doctor because of the flu by 40-60% and can reduce flu-related hospitalizations for older adults by about 40%. The shot also has been shown to be helpful for people with chronic health conditions like diabetes and lung and heart disease.

So just because you may have missed the ideal time to get a flu vaccine, doesn’t mean it’s too late to benefit.