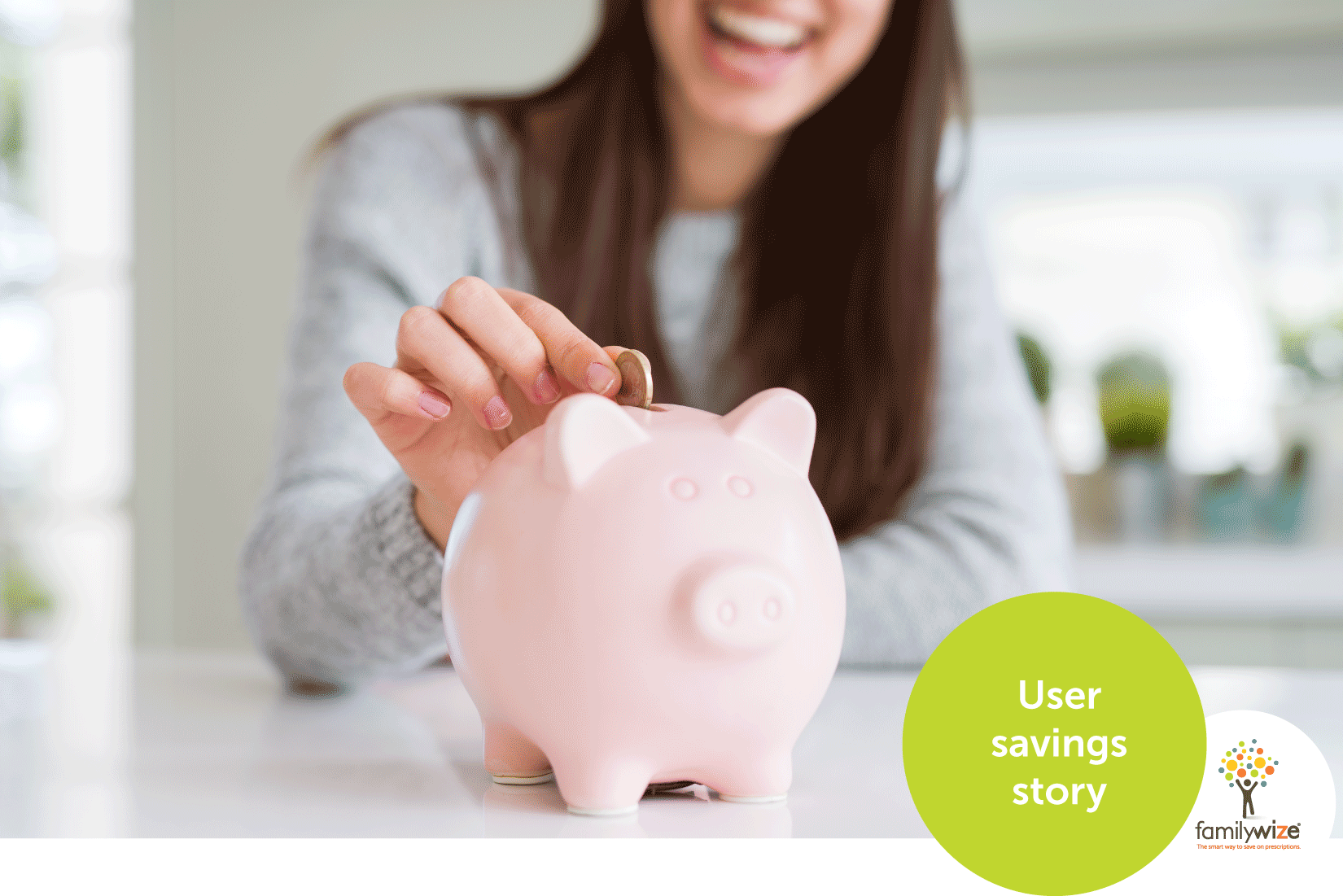 By Krista Paul, Resource Director at the United Way of West Tennessee

FamilyWize can really save you money on medications—and I know that personally.

I was an ESL (English as a Second Language) teacher for five years before joining the United Way, so I went from one job helping people to another job helping people. I was in an in-between waiting for my benefits to kick in at United Way, and then my husband changed jobs, too. So we had this one month where we had short-term insurance, which wasn’t great. I have medications that I take each month, and one of them was normally less than $20 with my previous insurance. During that in-between month, it was going to cost me over $150. I thought, I can’t afford this!

I talked with my doctor, and we even considered changing medicines and dosages, but it was working so well, I really hated to lose it. So he and I researched prescription savings cards. I had learned about FamilyWize through United Way, because we have a partnership, but I really didn't know a whole lot about it. I downloaded all of the savings apps, just to price check and compare so I could find the cheapest option. Out of all the apps and quotes I checked, FamilyWize was the cheapest one in the area. It ended up being around $80. The card ended up saving a lot of money—and also just the anxiety. Having insurance doesn't always mean that medicine is cheap, especially in situations like that.

I just started my third year at United Way, and I use my own story when talking to people in the community. I was delivering supplies to the College of Applied Technologies yesterday, and I brought them a stack of FamilyWize cards to set in their lobby or give to their departments, just so the adult students could have access to prescription savings if they need it. I want people to know: It's not just a piece of paper to clutter up a desk—it's really valuable!

So far this year in Madison County, which is where we are located (and just one of the 14 counties we serve), there have been savings of $181,220 with the FamilyWize card. The next highest is Henry Country, with $42,544 in savings.