We all know that Americans spend a lot of money on healthcare, but how much is a lot? Here are some statistics:

The total U.S. healthcare expenditure in 2015 was $3.2 trillion, per the Centers for Medicare and Medicaid Services. At that level, it accounted for 17.8 percent of our gross domestic product (GDP).

Putting the figure above into context, the U.S. spent about $9,990 per person on health care in 2015, per the Centers for Disease Control (CDC). In comparison, National Public Radio reports that as of 2014, Somalia spent $33 per person on healthcare, and Japan, with a longer life expectancy for its citizens than the U.S., spent just $3,816 per person.

Between 2014 and 2015, spending on prescription drugs grew by 9 percent to $325 billion. That's an alarmingly fast growth rate, but it's slower than the 12 percent growth rate from the year before.

In 2015, patients spent $14 billion on Humira prescriptions (globally) — that’s roughly the size of Jamaica's entire economy. However, the cost of Humira varies depending on where you purchase it.

This price difference is attributed to the fact that the U.S. does not regulate or negotiate the prices of new prescription drugs when they come onto market. According to a Vox.com report, other countries will assign a government agency to meet with pharmaceutical companies and haggle over an appropriate price.

Per Fidelity Investments, a 65-year-old couple can expect to pay an average of $260,000 out-of-pocket for healthcare services over the course of their retirement – not including any long-term care expenses.

Over 80 million Americans are uninsured or underinsured.

Healthcare is a hot topic in the news today – and in regular, everyday conversations. Educate yourself with these stats and share them with friends and family to promote a better understanding of the current landscape of the industry. And, don’t forget to share information about the Free FamilyWize Prescription Discount Card, which has helped over 10 million people nationwide save more than $1 billion on their prescription medications.

BACK NEXT ARTICLE
Recommended for You

FamilyWize Helps 10 Million Save a Billion 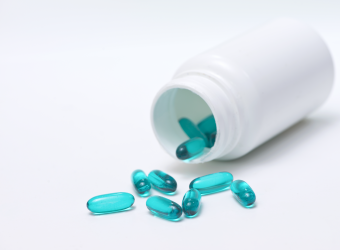 What NOT to Do With Your Prescription Medication

The Top 5 Health Benefits of Beets